If you don’t know your destination…

If you don’t know your destination, how will you ever get there?

You wouldn’t set sail without knowing your way out of the marina – or being sure that you have enough fuel and provisions… or a qualified crew… or the certainty that the owner and guests were on board. So why would you entrust a paint job on your pride and joy to someone without knowing exactly what you’ll be getting?

Like many clichés, there is a lot of truth to the concept of ‘north European superyacht paint standard’. It may seem crazy, but when I first came across this term in the early 1990s and asked the yard owner what it actually meant, his reply was “Colin, my yard is in northern Europe, so, it can never be out of specification!” 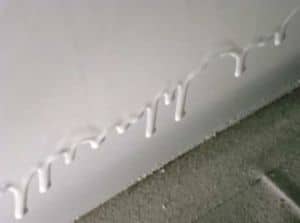 Should you accept this?

Now, to be fair, the yachts at this yard were all well-painted. The yard cared about quality and had an old-school approach to building long-lasting relationships with owners, management companies and captains. It was run by people who knew that you’re only as good as your last launch. But even so, my takeaway from the exchange about paint was that customers can’t always be sure that they will get the final word. Customer is not always king: caveat emptor.

Later on at the same yard, I was involved in a new build project with a dark blue hull. We did the paintwork on a Saturday and, when we eventually finished, we left the shed pleased and drank a few beers knowing that we had done our job well. On Monday, we returned and inspected the final dry result. We were pretty happy with it, with our own evaluations gravitating between an 8 and a 9.5.

But the captain didn’t share our view. After taking just a few steps on the scaffolding, he stormed off screaming and shouting. The yard owner was very disappointed, to say the least. After some discussion, the reason became clear to us: the boat had been rejected not because the work was bad, but simply because the captain had arbitrarily requested an extra coat of paint on his hull, and didn’t get it.

So, we re-sanded and re-sprayed. But the second attempt was much less impressive: there was more dust, the texture was less even and there were a few small runs under portholes. The captain arrived to inspect it, and this time quickly declared that this was the best paint job ever!

Now, there is no moral to this story. But it was an example, in the space of just seven days, of a captain not making his expectations clear, a yard not knowing or managing those expectations very well, and painters left in the middle without a clear specification. Nothing was clear: everyone was right and yet everyone was unhappy.

In 2011, ICOMIA issued a technical guideline entitled ‘Minimum Acceptable Finish and Appearance for Super Yacht Gloss Coatings’. This guideline, in conjunction with ISO11347, which details the measurement methods to be used, set out some basic criteria for coatings and indicated some examples and guideline numbers.

The document was plagued by several misunderstandings from the start. For one thing, some people thought that the numbers given were binding, whereas in fact they were only a guideline. The word ‘minimum’ was also misunderstood to mean ‘sufficient’, as if the document could be used as a ‘pass/fail’ check for every builder and refit project. Some yards mentioned the document in contracts where it didn’t apply and where they had no hope of reaching the numbers. Some clients who received yachts corresponding to the numbers were disappointed that the finish wasn’t better. 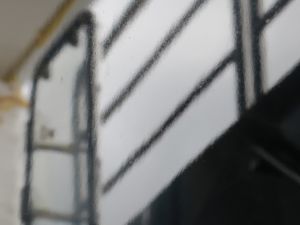 The ICOMIA guideline highlighted all the obvious cosmetic criteria:

It provided average values and indicated the percentages allowed outside these values. It also split vessels into high-visibility (HVA) and low-visibility areas (LVA) with differing acceptance criteria. These seem simple enough – until, of course, the yard, owner and/or painter disagree on a given state of affairs, which is, unfortunately, not an uncommon situation.

The yard often closes a contract with an owner before making an agreement with the painter. The negotiations with the painter therefore follow the promises made to the owner. Sometimes, the painter can struggle to achieve high enough standards in the applicable yard conditions. And the famous triangle of quality-cost-speed (where you can have two, but never all three, at the same time) very much applies in the domain of yacht painting.

Late last year, ICOMIA issued a revision entitled ‘ICOMIA Standard 51-18 Acceptance Criteria Guidelines for the Finish and Appearance for Super Yacht Coating’, which dropped all the numerical values and instead supplied a framework that would allow the parties involved to agree on a minimum with some statistically defined acceptable deviations. 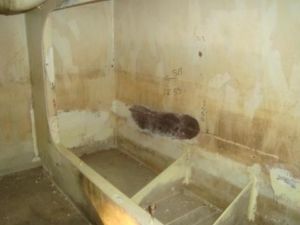 ISO11347 is solely concerned with the measurement methods to be used. It also defines statistically the number of measurements to be taken, such as sample size. Sample size can cause issues, especially in tanks. Imagine you have a tank for which the specification says ‘300 µm’. Your end result is within specification, on average – but the average hides serious weak points in terms of edges, mouse-holes, backs of stiffeners, weld seams, etc.

In a situation like this, quality control involves not only finding the average but also proving that, as far as possible, 100% of the tank satisfies the manufacturer’s minimum specification. If you don’t plan for this in a given tank painting inspection plan, you’re likely to end up in discussions with a painter who made 100 readings which all said ‘pass’ and a chief engineer who made 1000 and concluded ‘fail’.

Similar issues can occur with topcoat measurement and acceptance. Five per cent outside the minimum value may be a significant and noticeable area. And there are other questions – for instance, does the figure given for dust refer to the average over the whole area or for each square decimetre separately? There is no single minimum acceptable standard for a superyacht. Some are OK with a burger and no wine list, while others demand silver utensils and Aberdeen Angus Steak as a minimum.

Choose the right moment to involve your coating consultant

For every customer, the minimum acceptable standard should be chosen and agreed among all parties. The specification, QA/QC during the process, and acceptance sign-off should all be thought-out and agreed before work commences – in fact, before a contract is signed. Once you sign the contract, you’ve agreed to whatever has been sold, and there is often no chance of going back or changing things without paying a price in costs and time. Prevent disappointment, frustration, arguments and delays by knowing your destination. Once you know your destination, you have a much better chance of getting there!

Colin has a university degree in Applied Chemistry. He has 30 years of expertise in yacht coatings project management, quality control of paint teams and training of inexperienced/learner painters. He is experienced in all aspects of superyacht coating i.e. topcoat spraying, filler application, tank coating, interior coating etc. and specialised in polymers. Furthermore, Colin has worked for mayor superyacht builders around the world. 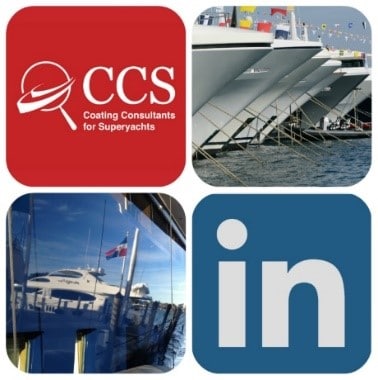 Stay up-to-date with our articles and like our
Linked In Page https://www.linkedin.com/in/ccsyacht/